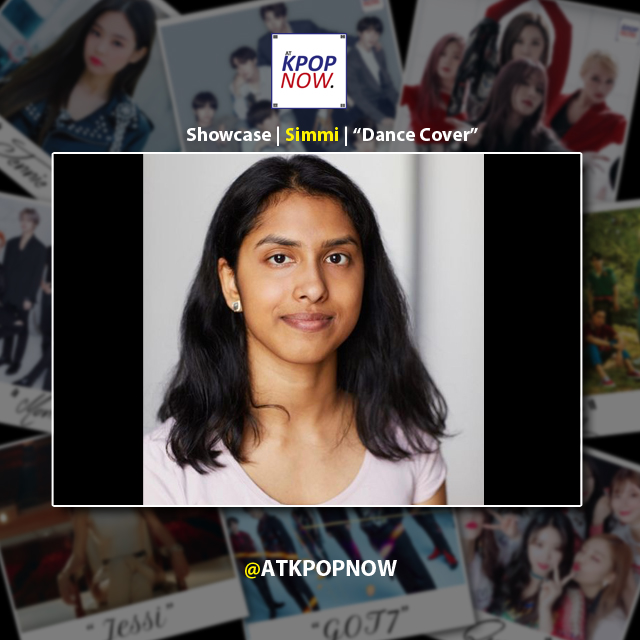 My name is Simmi. I’m from Canada and I chose this specific dance cover, because the end result came out the way I wanted. I put lots of effort into the details and overall, I’m very satisfied with the outcome.

I break my practice time into several days. For example, the first day, I’ll learn the steps at 0.5x speed (I slow it down If I have to) and then I sleep on it. The following day, I drill the choreography at 0.75x speed and the day after I practice it at full speed as well as add the facials and my own flavor to it!

It depends. For boy groups, it can take up to 40 minutes to memorize the steps and for girl groups, around 20 minutes.

The most difficult part of the choreography was between 0:35-0:38. I kept messing up the coordination between my legs and my arms and I had a hard time balancing on one foot when I did the left-right kick move with my other foot (especially since I was dancing in heels).

The choreography was much more difficult than I thought. In general, boy groups are my forte and for girl groups, especially for Itzy, it’s harder for me to get the precision right on top of showing sass.

I don’t own that many clothes unfortunately, let alone stylish clothes like Itzy’s. I took inspiration from Ryujin’s black and white outfit with the fedora. They’re not the exact same items, but I think the vibes are similar.

Are there hidden bloopers / secrets in your dance cover?

When I film outside, the clouds are very unpredictable. You can see in the the beginning of the cover that the lighting is darker compared to the rest of the video. Sometimes, I was just chilling after each take to wait for the sun to come out. Also, there were so many flies swarming around it was almost impossible to get a decent take without getting distracted.

I would say to just keep going. No matter what anyone tells you, don’t let them stop you or bring your motivation down. If you find fun and happiness through filming dance covers, who are they to stop you?

There are so many people to whom I would like to give a shoutout to, but one underrated coverist that deserves more recognition would be @choochuu.dance! She’s so creative with her projects and her moves are so sharp and precise. People should definitely not miss out on her!!