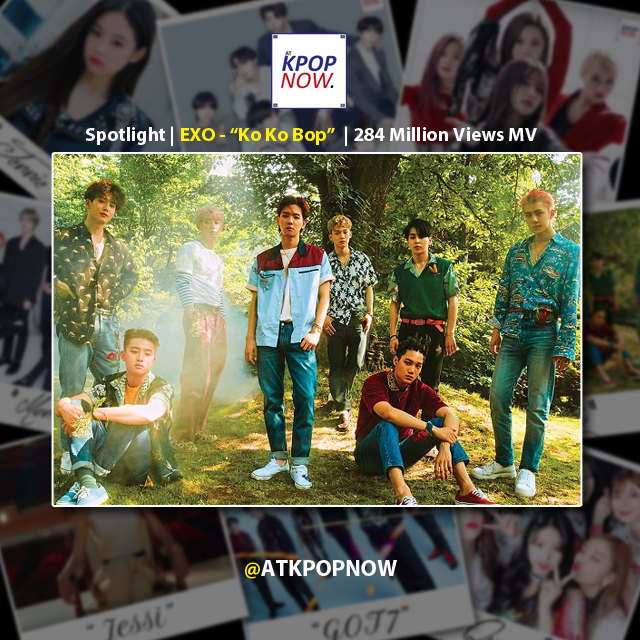 Enter a music video that has surpassed the crazy amount of 284 million views on Youtube!

“Ko Ko Bop” by EXO is the title track of their fourth album called “The War” and was released on July 2017. It was also the first single without group member Lay, because of the Hallyu Ban.

You know when the beat starts and you hear the words “Shimmie shimmie ko ko bop, I think I like it”, you’re listening to a banger! A certified BOP! Check out their music video below: