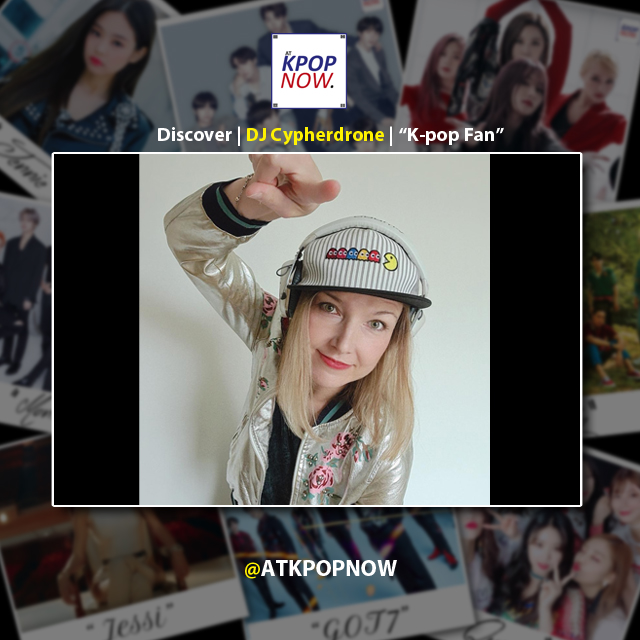 I’m Cypherdrone: a 36 year old K-pop DJ from Sydney, Australia that’s opened for K-idols such as Dreamcatcher, The Rose, Cheetah and Verbal Jint. I’ve been DJ-ing at K-pop clubs around Sydney since 2017.

I’ve been a K-pop fan since 2010 and was introduced by my brother to ‘Gee’ by Girls Generation followed by Super Junior’s ‘Sorry Sorry’ and been obsessed by the K-pop world every since. The videos and music was so different to anything I’ve ever seen, it was mesmerizing.

K-pop is very unique in a sense that it’s not just about the music. It’s about the whole Idol culture. They are called Idols for the sheer fact that they are pretty much perfect. They can sing, dance, rap, act, model and are very physically attractive with polished music videos and choreography. The whole package comes together to form a perfect group/person to idolise with the whole fandom creating a community and sense of belonging.

If you make K-pop related content, could you tell us what you do and why?

Apart from DJ-ing live, I make many free mixes and mashups for K-pop fans around the globe to listen to when they want entertainment without the effort of creating a playlist themselves. I love finding the latest, best tracks and making fun mixes that get people excited and happy so that they feel good as they go about their day. Seeing someone really have fun to my mix is so rewarding.

BTS – nothing compares. Out of all the k-pop groups I liked before BTS came along, BTS were the ones that felt the most authentic and real and I think that’s why I connected to them the most. They weren’t afraid to show them messing up and their internal struggles where as most other groups at the time only wanted to show their good side.

Jimin is my ultimate bias. From the moment I saw him dance I couldn’t look away. He was so passionate and portraying every move with grace and emotion. I hadn’t seen anyone dance like him for a very long time (the video was “I Need U” dance practice). I didn’t know anything about BTS before I saw that dance practice video. Seeing him dance made me want to see more so I ended up going down that BTS rabbit hole and now I just bias Jimin as a whole, not just his dancing. He’s the whole package.

My wish would be to go on a week-long vacation with BTS like they do on Bon Voyage. They look like they have so much fun and it would be nice to get to know them as people.

I want to give a big shout out to the friends that believed and supported in my DJ dream. To the club owners who gave me a chance to play when I was unknown and to ‘My Music Taste’ for the opportunity to open for some amazing K-pop acts, making memories to last a life time <3 you guys are amazing!

“The mystery of life is not a problem to be solved, but a reality to be experienced.” – Alan Watts