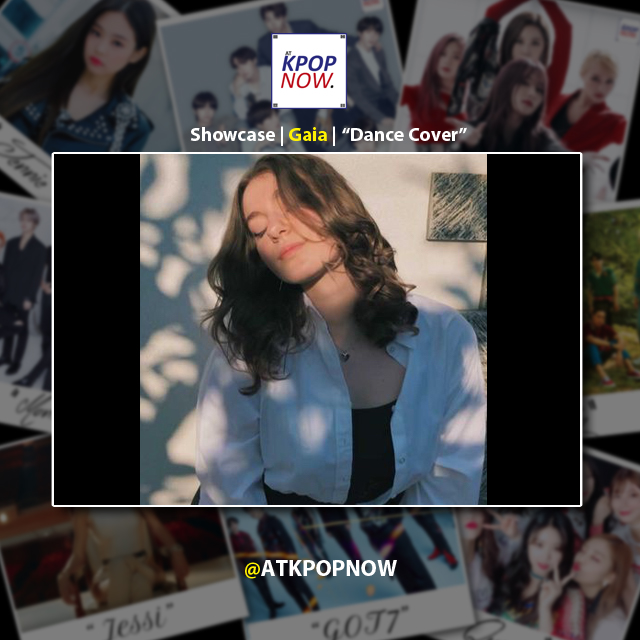 Hi! I’m Gaia, I’m from a little town in northern Italy and I’ve chosen “Tail by Sunmi” as my showcase, because I think this is the style that suits me best!

For this cover, it took me about an hour to study and clean the movements of the choreography.

It normally takes me an hour or an hour and half, but for the boy-choreographies it could also become two hours, because I have to focus more on every single movement. However, it really depends on the difficulty of the choreography: if a choreo is easy for me, in 30 minutes I’m done studying it.

The most difficult part of the choreography was at 00:12.. I struggled to do that move! I had a hard time coordinating my legs, arms and head. Another difficult part was the ending, it requires a lot of balance and practice.

Yes, I was surprised that the choreography was quite easy. Seeing other people doing the cover made me think that it was a super difficult choreo, but when I studied it, I just had to concentrate and I made it easily.

I always try to be as similar as I can to the original outfit and make-up. For this cover I had a body that was pretty similar to the original that Sunmi wore, so I added some knee socks, wore heels, did the same make-up and recorded!

Are there hidden bloopers / secrets in your dance covers?

Yes there are hidden bloopers! I had to record the cover several times, because I couldn’t do a pretty ending without falling. I kept falling because I lost my balance!

If you love what you’re doing don’t stop, because nobody has the right to stop you.

I think that every single person that loves dancing, does it in an unique way. Everyone is amazing if he/she does that with effort, passion and love; so, I won’t tag anyone in particular and I really hope everyone one day could be happy and satisfied with what he/she has made.