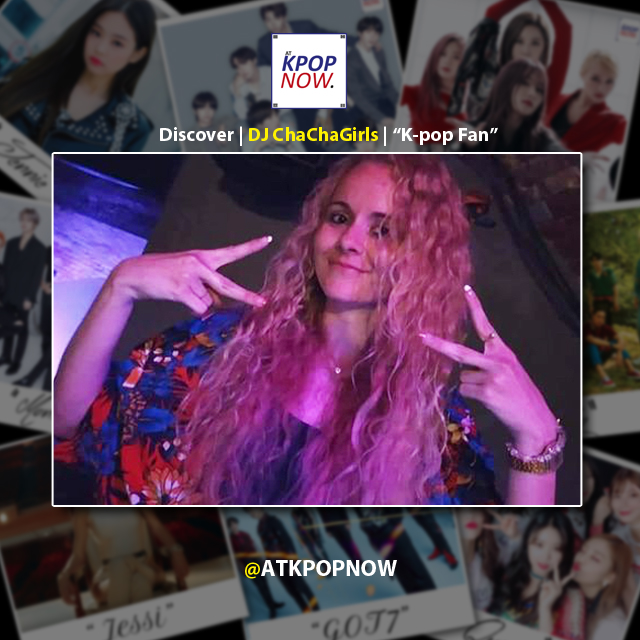 I am DJ ChaChaGirls and I am from Prague, Czech Republic. DJ ChaChaGirls started in 2016 as duo until 2019. In 2017 we became the first girls K-pop DJ duo in Europe! As of now I am a resident K-pop DJ in the Czech republic and I am regularly invited as main K-pop DJ in Bratislava, Slovakia for K-pop Parties. Today it is one year ago I was playing as a K-pop DJ guest in Hamburg, Germany at Korean Nightmare.

It has been a long time ago. I started to know about Korean music and culture in 2008. I was studying Japanese and by accident I found some Japanese versions from K-pop groups and just like that I tried to get know more. I also had Korean friends, so they taught me more about the Korean language and culture. I have to say I am still very thankful because of this.

Actually I love it and in the future I want to do some of my own music. K-pop is unique in the way that it is not only pop music, but there’s more music behind it like latin, edm, hip hop etc. What I really like about K-pop, that it is really focussed on to have everything perfect from music to dance and from visual to clothes etc.

Definitely Big Bang, because to me they are icons of K-pop and very talented artists. I really loved their style of music.

Well, to be honest I don’t really have one, but who I really like are Jay Park and Jackson Wang.

Actually same for Jay Park and Jackson Wang. I like their energy which they put into their music. These days I am more into Jackson Wang, thanks to his song “100 Ways”, which has become my favorite song. That song has a great beat, lyrics and melody.

I just want to be better in what I am doing as a DJ, but also as a Korean influencer.

Never give up on your dreams and always be yourself.